The Data Retention and Investigation Powers Bill, supported almost unanimously in pre-publication by the big three political parties, has just been passed into law, marking the saddest day for civil liberties in recent history.

Frustratingly, despite it being widely-touted as an ‘emergency law’ that is going to protect us all from the terrorists and demons, there is actually no emergency. Or haste.

The Bill is designed to legalise UK Government spying — mass spying, on mostly innocent members of the public — that was effectively outlawed by the European Court of Justice when it ruled in April that it was neither proportionate nor warranted for the Government to spy on its citizens in such a manor.

In fact, the Court even goes so far as to say “…the directive interferes in a particularly serious manner with the fundamental rights to respect for private life and to the protection of personal data.”

Given that the Court’s decision was made public two months ago, I’m struggling to see why our Government had to wait this long before declaring an emergency, unless, perhaps, they didn’t want it to be debated properly.

Does the Bill legalise the powers that were stripped by the ECJ? Yes. Does it extend them? Yes. Have we all been lied to? Yes.

The Bill doesn’t just ensure that current powers are legalised, it actually extends them.

Of the five clauses in the Bill, two directly refer to RIPA (Regulation of Investigatory Powers Act 2000). The second and third clauses extend the powers granted by RIPA to cover non-UK companies, and to expand what the Bill calls ‘telecommunication services’, to include ‘internet based services’ and ‘any remote storage.’

The head of media practice at Preiskel and Co, David Allen Green, told The Independent that assurances given to Parliament that the Bill is only legalising currently-held powers are nonsense.

“They’re trying to make out this is clarificatory – but if you read through the Bill these are substantial amendments,” “…They are creating things legally that weren’t there before.”

And with the only protection of your online freedoms coming in the form of a transparency report and oversight board, much like the one that knew nothing about GCHQ mass spying, we have everything to fear.

What this means for you.

Clearly, non-UK companies that provide internet-based services cover just about everything that we do online. Gmail, Outlook, Microsoft 365, Sales Force, Facebook, iCloud, Dropbox. You get the idea.

It’s important that you realise the spying is ‘not just metadata’. It’s content. Your photos. Your emails. Your intellectual property. And it’s all fair play.

And the best part of it all, Edward Snowden said that “the NSA could have written this draft”. He’s right.

If you would like to know more about how you can protect your online freedoms, visit www.nimbox.co.uk or call 03454 75 75 74 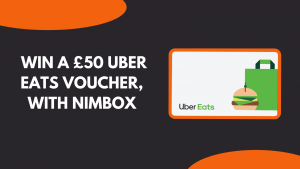